Roxodus Music Fest will be at Edenvale Airport in Clearview Ontario on July 11 to 14 this summer in Clearview Township (near Wasaga Beach in Ontario).

The Band Lineup is awesome.

One the greatest Guitar Players will play at the Roxodus Music Fest. She goes by the name Orthiani. She has played live on Stage since she was 14 years old. She toured with Alice Cooper. In a way she reminds me of Mick Ronson. Both are simply awesome guitar players, but remain relatively unknown.

Video is courtesy of the Official Orthiani YouTube channel

I own Pentax, Canon, Nikon, FujiFilm and Sony DSLRs. They are all good. Last year I picked a Nikon D7000 refurbished by Nikon. I bought it because I could not afford a Nikon D5. The D7000 apparently uses the same Sony sensor as my Sony A57. The Sony was low priced but is an amazing camera.

The Nikon D7000 is the first DSLR from any make that I do not like. No issues while shooting. Long battery life from the NiMh AA batteries via a Nikon grip. Everything in the field seems fine.

I do not like the way that the photos look. The colour balance can be easily adjusted. But the photos look soft. I have a really sharp 80-200 f2.8 Nikkor which takes sharp photo, even when mounted on a Canon DSLR. I’m not sure if I might not have setup the camera properly. on the D7000. This year I found some new setting on a Photo Forum which I have yet to test. 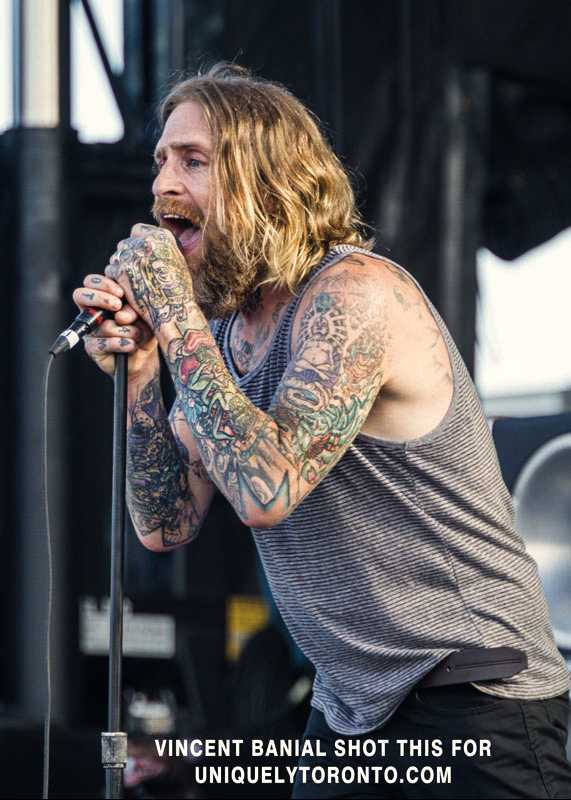 Photo of “Brian Byrne” of “I Mother Earth” performing at WTFest in Brantford in 2015. . Output from HDR Projects

Anyhow I had some photos of I Mother Earth performing at WTFest last year (2015). I do not like the way they look. I just installed some new software called Silver Project Pro and HDR Projects Pro. I installed both on my internet PC Later on I’ll put them on the PC which I use for Photo Editing. They should work better as a plugin within Photoshop.

Simple and easy to use. Did not read any manual. Just clicked around. Note the original was a compressed Jpeg. Silver Projects Pro saved a very larges Tiff from the tiny Jpg. When I compressed it to Jpeg I could not see any difference between the Tiff and the now much smaller sized Jpeg.

Photo of “Brian Byrne” of “I Mother Earth” performing at WTFest in Brantford in 2015. . Output from Silver Projects Pro

I like the last version – the B&W from Silver Projects Pro. Look at the Saidah Baba Talibah photo. That is in the side bar (might also show in the top header). same lens but different Nikon body. That Saidah photo is super sharp. The Brian Byrne photo, not so much. This was in the day time so I do not think that is due to camera shake.

Your new Mansion in the Sky is located at 220 Central Park South, in New York City. No, I was not involved in any part of the design of this highrise. It was designed by Robert A.M. Stern. It is being built by Vornado Realty Trust.

The asking price of $250 Million Dollars US, is more than double the price of the next highest price apartment in New York City.

Click on this line to visit the Refinery 29 website to view their post (with professional taken interior photos) titled “This Is The Most Expensive Apartment In New York City“. Well not any more. That apartment is around $120 Million Dollars US. Might be a bargain when compared to the $250 Million Dollar US asking price for the Mansion in the Sky at 200 Central Park South.

The Mansion in the Sky is unique in that it is on four floors. It is a Quadraplex. To make sure that you have enough space to stretch your legs, your new Mansion in the Sky will end up having about 23,000 square feet of living space.

Click on this line to visit The Real Deal website, where they have floor plans for each floor available to check out. Just left click on a floor plan to enlarge it.

Call your Banker as soon as possible, as this may sell quickly. There apparently really are two buyers considering buying the apartment err Mansion in the Sky.

With Scott Weiland‘s passing, the Stone Temple Pilots had started looking for a new Frontman Lead Singer. Canadian Brian Byrne, of “I Mother Earth” has shown an interest of taking over where Scott Weiland had left off.

In the Soundcloud audio, Brian Byrne talks about his interest and how the auditioning process is proceeding.

Brian is an amazing Musician and we wish him much well deserved success.

Disclaimer: Any Trademarks mentioned in this post are owned by the respective Trademark owner.

“I Mother Earth” have just released a new single. It is called Blossom.
They are making it available as a free download.

Click on this line to visit the “I Mother Earth” page. Click on the Blossom link at the bottom left to play their great  new song.

Click on this line to visit the Wikipedia page for some background on the band.

Click on this line to view our prior post, which featured Photos of “Brian Byrne”, the Lead Singer for “I Mother Earth”, performing at Cosmo Music in 2015.

Click on this line to view our prior post, which featured Photos of the “I Mother Earth” concert at WTFest 2015 in Brantford.

Click on this line to view our prior post, which featured Photos from 2nd camera, of “I Mother Earth” performing at Cosmo MusicFest on June 06.

Click on this line to view our prior post, which featured Photos of the “I Mother Earth” concert at Cosmo MusicFest on June 06 in Richmond Hill

Disclaimer: Any Trademarks mentioned in this post are owned by the respective Trademark owner. There could be unintentional errors or omissions in this post. Always refer to the official sites to confirm details and any ongoing changes or updates. This post is subject to change without notice. Because the Facebook embed feature does not work with WordPress the shared with public photo for the Blossom song was posted directly. That image is copyrighted by I Mother Earth. Since it was shared with the public, it falls under the Fair Use provisions.

Photos of “Brian Byrne” the Lead Singer for “I Mother Earth” performing at Cosmo Music in 2015. I’m going thru the files from 2015 and will post process some of them differently. These are the first 3 photos so far….

Click on this line to view our prior set of photos of the “I Mother Earth” concert at Cosmo Music. This one featured photos from our 2nd camera.

Click on this line to view another prior post features photos of the “I Mother Earth” concert at Cosmo Music. Those photos were taken with our 1st camera (we also carry a 2nd backup camera).

I was informed about this video by Dan, a close friend of “I Mother Earth”.

This video is the complete “I Mother Earth” Concert at “Its Your Festival” in Hamilton. I wanted to shoot that show, but there was no way that I get out to Hamilton on July 10 2015.

“I Mother Earth” is an amazing band. I’ve seen them do a hour and half set and then come off stage and immediately do a meet and greet with fans. No break whatsoever. This is group of Musicians, “who really care about their fans“. 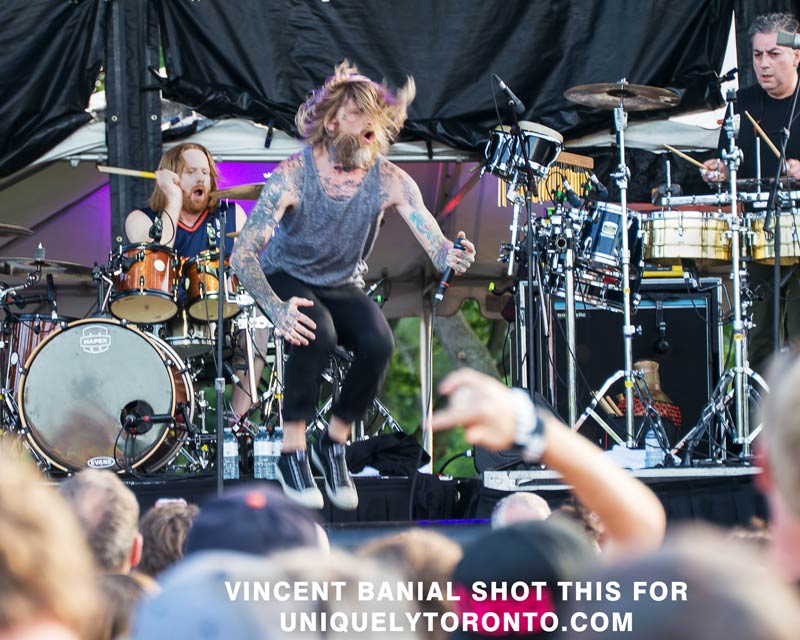 The first time that I saw “I Mother Earth” perform was at Cosmo MusicFest. They set lasted about 1.5 hours and on a very sunny day. After their set finished the band did not head to an air-conditioned area. Instead they all headed to the side of the stage for a meet and greet with their fans. No break what so ever. Rarely does one see such commitment by a Band to their fans.

END_OF_DOCUMENT_TOKEN_TO_BE_REPLACED

The first edition of WTFest is being held in Brantford Ontario, on June 13 and June 14. Yes, this weekend.

END_OF_DOCUMENT_TOKEN_TO_BE_REPLACED

“I Mother Earth” concert at the 2015 Cosmo MusicFest

I started processing the photos of “I Mother Earth” performing at Cosmo Music which were taken with my 2nd camera – Sony gear.

END_OF_DOCUMENT_TOKEN_TO_BE_REPLACED 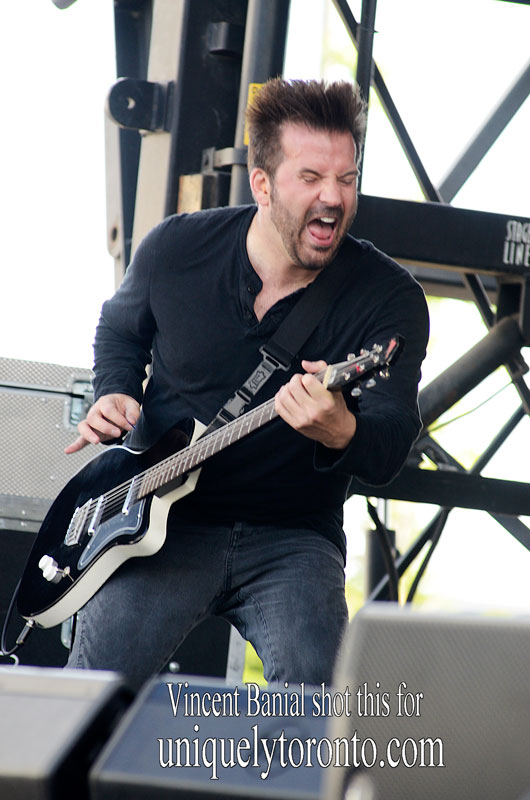 Cosmo Music held their annual Sale and MusicFest on June 06. “I Mother Earth” were the headliners for the concerts held at the 2015 Cosmo MusicFest.

END_OF_DOCUMENT_TOKEN_TO_BE_REPLACED

Dan, our buddy, is a huge fan of I Mother Earth. The other day he suggested that I check out a new tune that they had just released on Feb 15, titled “The Devil’s Engine”.