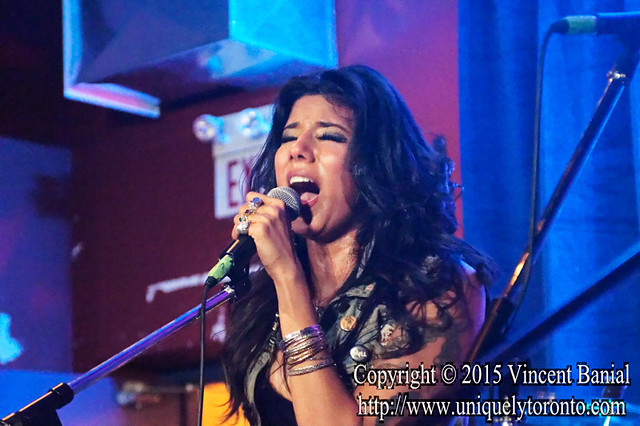 eOne Music Canada (a division of Entertainment One), #1 independent music label in North America, put on a party at the Gibson Guitars Showroom in Toronto in 2015. At the party they had some great band playing, one of which was Diemonds. The stage was tiny, light were dim but they sounded great. It was an up close and personal concert with maybe 100 plus people in the room, with the bar at the other end.

Eric Alper, an Executive at eOne, invited us to the party. Thanks again Eric. I still have no idea how you heard about me and Uniquely Toronto.

I had a set of photos of Diemonds performing at the eOne party posted on ccvic.zenfolio.com which is closed. Even Google sent me an email asking what was happening with all the 404 results, because their spiders were not finding anything on the our old zenfolio site.

I have the Flickr site up. There are things that I would change if I could, but it is a really fast site and there are tons of things which Flickr provides which are super.

I’ve posted the Diemonds photos into an album on our Flickr site. Just click on the photo above to get there.

You could also click on this line to go to our new Vincent Banial Flickr Photo site.

Love this band. To give you a taste of Diemonds I’ve embedded a video of their song DIEMONDS – GET THE F&$K OUTTA HERE